Pakistan remains with Kashmir and will keep on doing as such: PM Imran 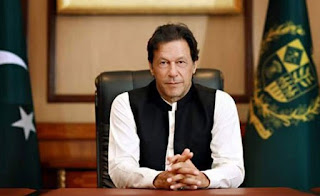 ISLAMABAD: Prime Minister Imran said on Sunday that the whole country keeps on remaining with the individuals of involved Kashmir and will do as such later on too.

"In the ongoing neighborhood races in involved Kashmir, all gatherings there boycotted the political race," he said.

The head administrator said that it was critical to give the message to the individuals of involved Kashmir that Pakistanis remained with them.

"I told the American president and the British head administrator, among other world pioneers, of the treacheries that the Indian Army is submitting against the individuals of involved Kashmir," he said.

Leader Imran said that in excess of 900,000 Indian Army troops in involved Jammu and Kashmir were submitting shameful acts in the contested domain.

He encouraged the Indian PM to hold a choice in involved Kashmir. Executive Imran said that Pakistan would keep on supporting the reason for Kashmir on each gathering.

The head administrator asked individuals not to wage war for the reason for Kashmir as that it what India needed.

"India needs a Pulwama-like occurrence to happen after which they will accuse Pakistan and assault us," he said. "India needs to divert the world's consideration from the treacheries that are going on in involved Kashmir."