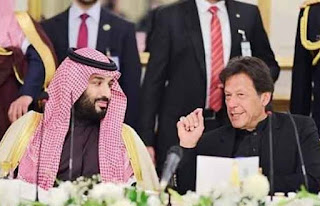 ISLAMABAD: A leap forward on Kahsmir is normal during Prime Minister Imran Khan's visit to Saudi Arabia, which he is expected to embrace after his arrival from China, sources said on Wednesday.

The sources said the executive will hold a gathering with Saudi Crown Prince Mohammad Bin Salman during which the achievement is normal.

The head administrator has been raising worry on human rights infringement in involved Kahsmir since New Delhi repudiated exceptional status of the Muslim dominant part area on August 5.

He additionally featured Indian barbarities in the involved region during his location to the United Nations General Assembly session in September, notice of a 'slaughter'.