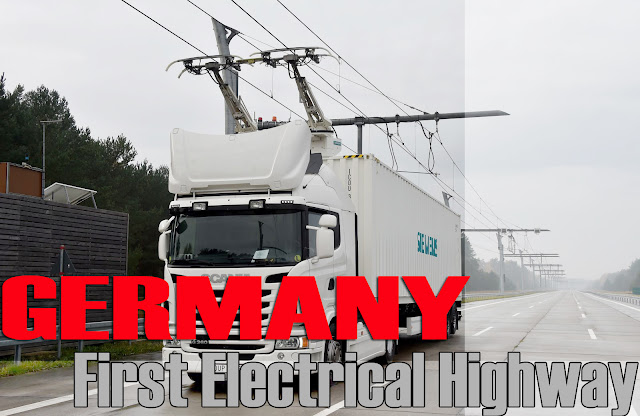 Germany stands in the array of countries working on electric or electric highways for specially trucks. Now Germany has started experiments by building E-highway system at the 3.1-mile of a major roads. It is made between electric highway Frankfurt and Darmattat. Electric diesel high-speed trucks are run on this electric highway. These trucks get electricity from the electric wires above the road.


Earlier, such experiences were done at night or non-employed airports.The first E-highway in the world was launched in the country in year 2016. Trucks in E-Highway take electricity from up-to-date electrical wires and run their engines. In this system when the truck is placed, the electricity grid provides, so this system is also useful in the traffic jam.

In Germany, only 5 electric trucks are being operated on the road, while one hundred 35 thousand vehicles pass through the entire strike daily.